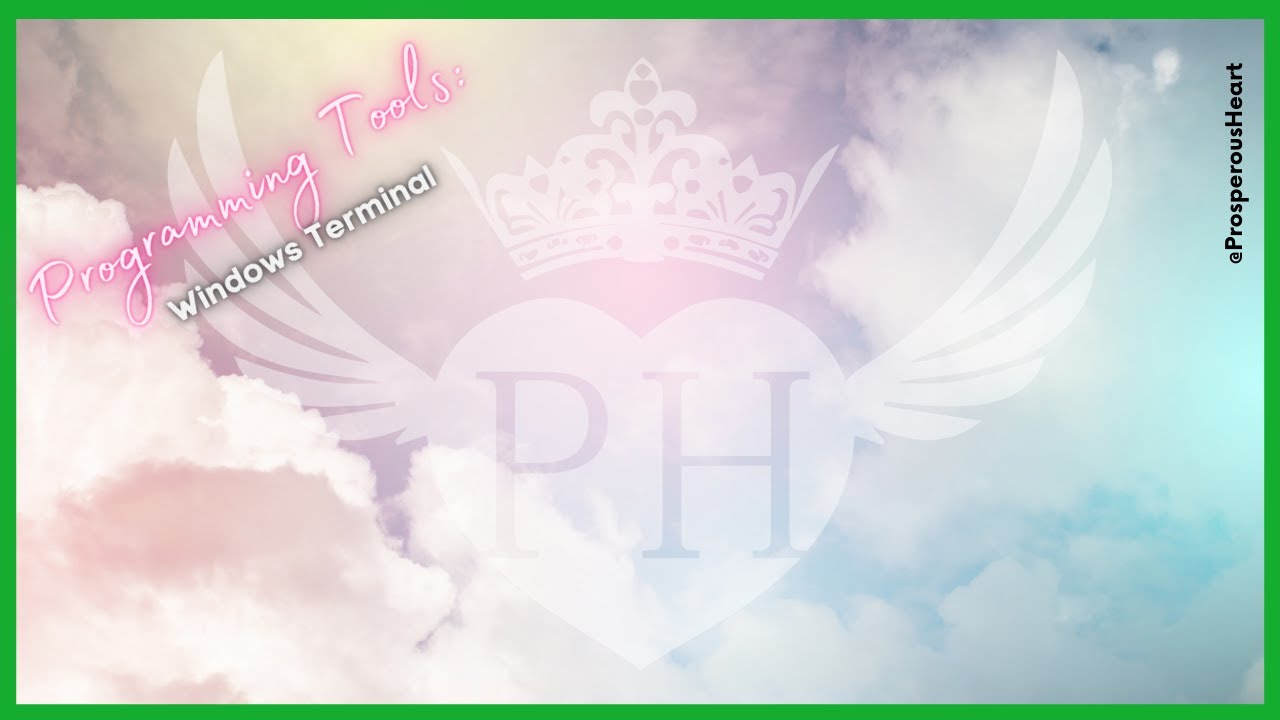 When you hear the term “Windows Terminal” you may imagine a black screen, white lettering, and a typical command line interface. But did you know that Windows has done a major upgrade to it’s Terminal?

If you don’t, now you do. And here’s why it’s amazing!

You’ve probably heard of the Mac vs PC debate. The vast differences between the systems are getting smaller by the day. (Such is the way things are with technology, right?)

What if I told you there is a single app in the Windows store that basically makes that difference seemingly negligible?

It’s not a fancy dual boot situation. Nor is a virtual machine required for this wizardry.

Before I get started I wanted to extend an invitation. (Or feel free to skip ahead!)

If you weren’t aware, I am only opening my python basics boot camp twice in 2022. The first round has already opened, but there was a technical glitch over the weekend that made it unable for some students to sign up.

So I extended the deadline for super early bird pricing through Wednesday – March 9, 2022!

You can head over to here for more information on this 3 month mentorship program.

Now let’s get back to this game changing app!

I recently made a new business purchase – a laptop that would allow me to sharpen my skills in programming, data science, machine learning, what have you. Because if it met my needs for that, then it would meet my needs for digital marketing.

So this new laptop came with Windows 11.

Now, I don’t know about you … But I’m not a fan of major OS upgrades until enough time has passed that major bugs and issues would hopefully be found. But Windows 11 has only been available to the general public since October 5, 2011.

Needless to say, I was not thrilled with the impending requirements of learning a whole new OS.

I’m not going to get into that today, but I shared that to lead up to this.

Had it not been for this system, I likely would never have found this tool.

I can’t quite remember how I stumbled upon this gem, but I do know it was while I was trying to install Ruby and Ruby Rails on my brand new laptop.

And life will pleasantly never be the same again!

So sit back, have a sip of your favorite beverage, and allow me to introduce you to the Windows Store app called Terminal.

Now, Terminal is not the same command line terminal from the old days. It incorporates that, Windows Subsystem For Linux, and so much more.

The Windows Terminal is a modern, fast, efficient, powerful, and productive terminal application for users of command-line tools and shells like Command Prompt, PowerShell, and WSL. Its main features include multiple tabs, panes, Unicode and UTF-8 character support, a GPU accelerated text rendering engine, and custom themes, styles, and configurations.

This is even an open source project here. So you have the opportunity to improve the product! For yourself or the rest of the Windows community.

Let me show you how to use the user friendly version.

And there you have it! You can now even run python with your Ubuntu system – though you will likely need to do some upgrades as the default version shipped with ubuntu is not the latest.

First of all, you need to ensure you have WSL. Otherwise, even if you download the Ubuntu app, it will not run.

In Windows PowerShell (default profile in your Windows terminal) you will need to run:

Once you have run this, you will need to restart your system as shown below.

After you have rebooted and it installs, you will then need to create an admin account for your ubuntu profile.

Then you can open up your Windows App Store on your machine, search for Ubuntu, and install it.

It should now be available as a profile option.

In my excitement, I attempted to show you via video, which you can see below. (I totally forgot about the WSL thing, though. So it’s not as efficiently shared as my normal videos.)

I wanted to provide some additional resources I fund helpful on my journey, such as this article from HowToGeek.

But quite frankly, I feel like these YouTube videos on the new Windows Terminal do a great job!

The Secret To Command Line Happiness

Technology is constantly evolving, so finding ways to work more efficiently will benefit you in the long run.

And programming can help you do so much more than automate menial tasks.

Then you should definitely go here and see if my upcoming python basics boot camp is right for you.

Doors will be closing soon, and super early bird pricing goes away on March 9th.

This site uses Akismet to reduce spam. Learn how your comment data is processed.

Join our mailing list to receive trainings, tips & tricks, as well as invitations to get your questions answered LIVE!

Check your inbox & spam - you will need to confirm subscription.